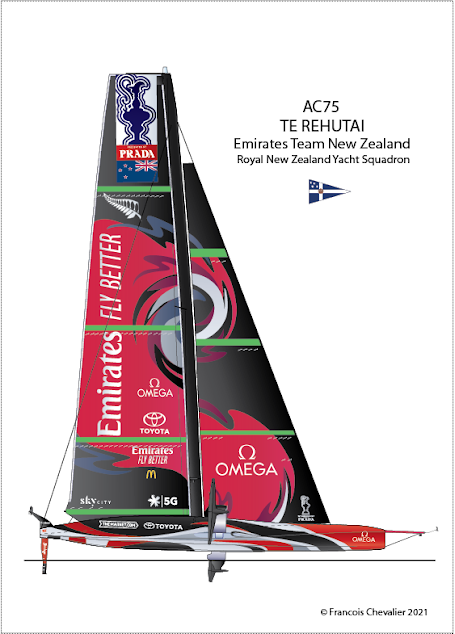 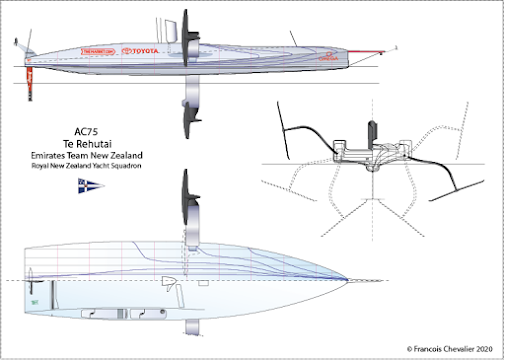 Before unraveling what, the next America’s Cup will be like, it is essential to understand why Te Rehutai was the fastest, in yacht designing terms, and I haven’t really seen an explanation in the press. 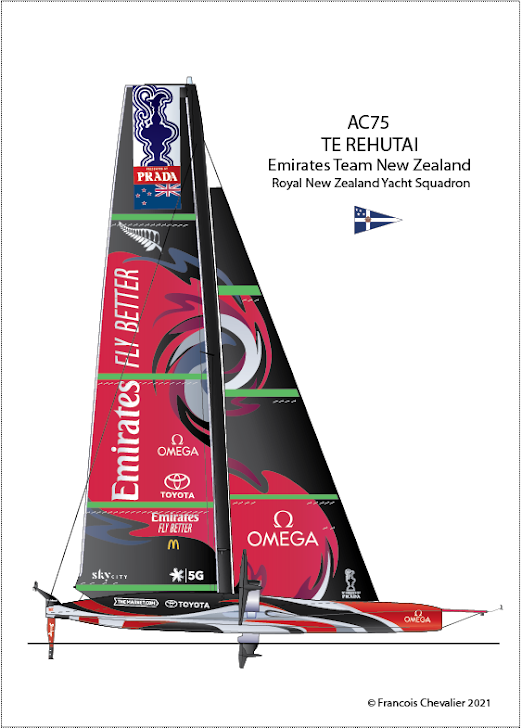 First, Guillaume Verdier, the initiator of the AC75, has a global vision of the ideal sailboat that is more homogeneous, as he is the inventor.

The first point, the AC75 must fly as soon as the wind allows the start of the regatta. 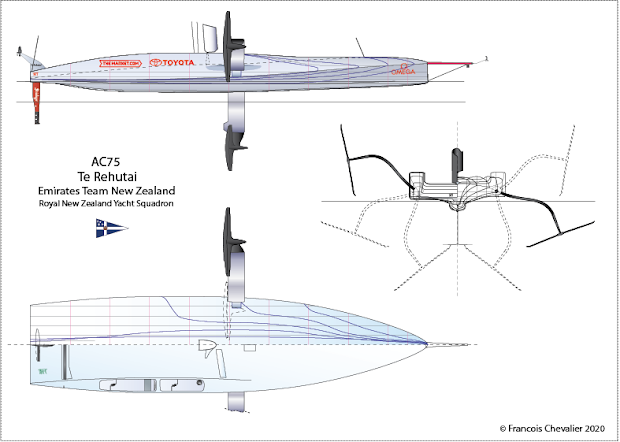 The second point, the hull must have a function of an airplane wing at low speed, and near the land. Also, the ship is treated like a seaplane that must take off and stay above the water at low speed. The bow of Te Rehutai is particularly cut out like that of a Catalina. Only the two cockpits emerge from the wing, as narrow as possible.

The deck is lowered as much as possible, considering the minimum measurement points, the bottom of the hull is seagull-winged and as flat as possible on the stern to ensure the land effect. The result is a frontal area 10 to 15% smaller than the challengers.

Finally, the foils have two functions, stiffness through ballast, and lift, so the weight will be in a bullet, and the wings are long, thin, and horizontal, for maximum lift and minimum drag. Maybe not as much lift as its close competitor who has opted for wide wings that contain the ballast, but the Neo-Zed goes upwind with a slightly higher VMG.

The cocktail is new, surprising, a little convoluted, but a winner!