FOR THE FIRST TIME ON THE WEB


Evolution of the Volvo yacht designs since 10 years !


The authors wish sincerely thank Donan Raven for his kind translation. Please have a look on his blog:


Out of eight candidates, six came from Farr Design: Assa Abloy, Illbruck, News Corporation, Team SEB and Team Tyco. The team at Nautor Challenge ordered two boats, amongst which one, Amer Sport Two, was designed by Bruce Farr himself, and the other, Amer Sport One, was designed by Germán Frers, Jr., AKA “Mani Frers“. Skipper Grant Dalton held back his choise until the very last moment, when he left the Farr yacht to Lisa McDonald's all-female crew. The eighth yacht was Norwegian entry Djuice Dragons designed by Laurie Davidson. 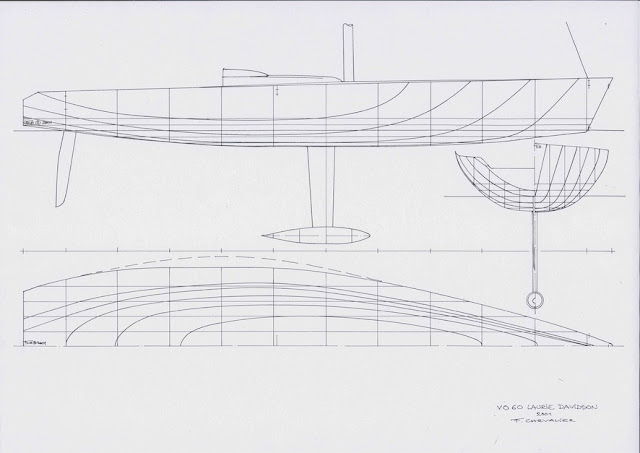 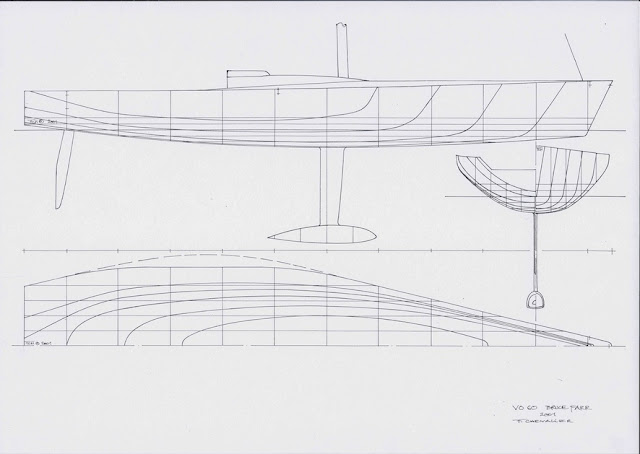 
Laurie Davidson favoured safety instead and created comprehensively buoyant forward sections, though this penalised performance because it increased developable surface. The fin of Djuice's keel seems to develop greater area than other contenders. 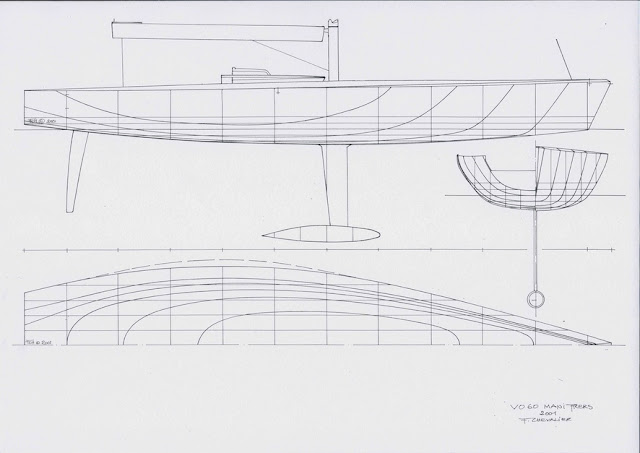 
It is interesting to note that all ballast has been centred down the waterline, so the centre of buoyancy is located similarly on a


Incidentally, the Farr yachts took both first and second place, and Laurie Davidson had to make do with sixth place, though taking victory in the final leg. 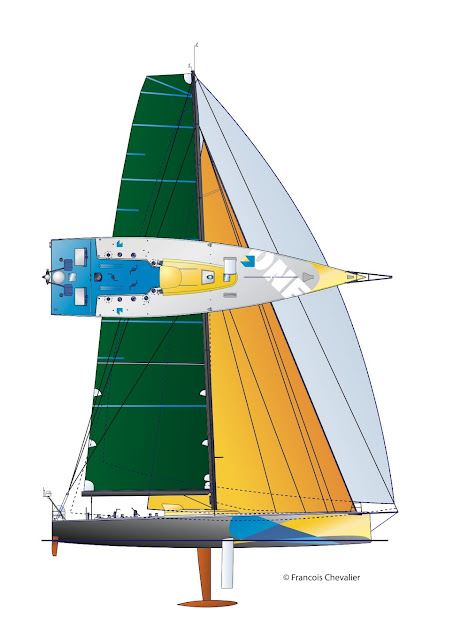 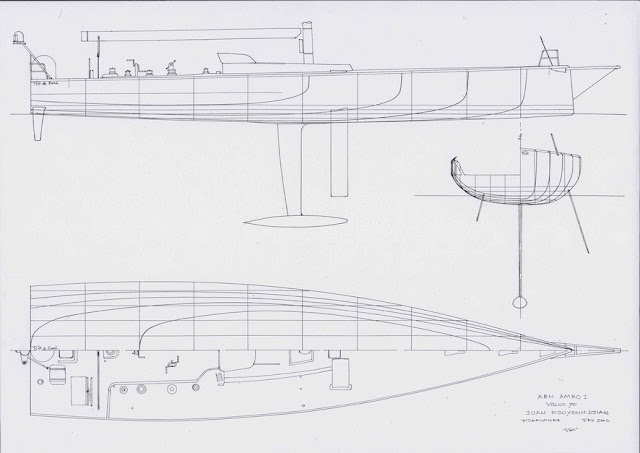 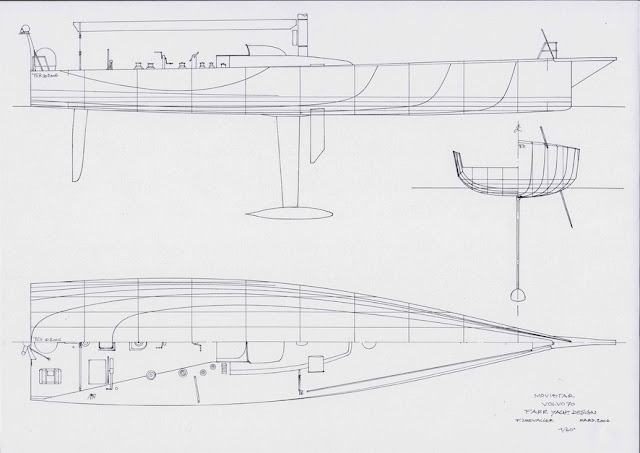 
However, it is to be noted that the three designers have shared the following: using the maximum beam afforded by the rating rule and fashioning keels, rudders and centerboards of similar shape.


The above lines plans have drawn for French magazine Voiles & Voiliers, but not all have been published. The last three appeared in the latest issue for the month of May, alongside commentary from a few sailors.


With regards to the damages experienced in recent legs, it must be observed in humble truth that the latest generations of yachts and shapes of yachts are developed for formidable performance such that has never been witnessed before, so the sustained impacts into head seas has only increased the stress and strain on mechanical parts and the hull itself. It is to the credit of the teams ongoing yachts if they have sustained no breakage.

Please have a look on Donan Raven's blog:

With our 3 boats safely in Brazil and under the risk of sounding arrogant, I’ll break away from my golden rule of not speaking until the end of the race to put the record straight since I believe we are presented with an intentional manipulation of the truth.

There is a common, spread notion that ALL the participants of this VOR have structural problems, that the situation is unacceptable and that something needs to be done for the future. A fundamental distinction needs to be done between the mast breakages and the rest, and whilst I think it is very important to understand what caused so many mast failures, it is a travesty of the truth to put ALL designs in the same basket when it comes down to the “other” structural issues.

This generalization might suit a specific Team, or person to push any agenda he might have for the future, but out of respect of the hard and serious work done with my Team I need to speak up.

In the first edition of the VO70s, we had 2 triumphs to celebrate that as designers we are very proud of. One is obviously that our design was driven to victory by a very good crew and the other one is that our 2 boats were the only ones that completed the full circumnavigation without major structural problems. This celebration was faded by the public generalization that because one boat sunk and others had structural failures, then ALL of the boats had problems and the rules had to be changed. Which in fact they did, for the worse! I didn’t say anything publicly then and moved on. However, seeing the same generalization occurring now, I’d like to stick to the facts and so allow for conclusions to be made without generalizations.

- A VO70 cannot be designed not to break. In fact, any boat in a round the world race cannot be designed not to break. So ultimately, breakages are in the hands of the crew.
- Puma won leg 5 without a major structural problem and this due to the excellence and experience of its crew.
- Telefonica finished 2nd in leg 5 with a hull delamination in port mid bow which did not prevent her from racing.
- Telefonica’s pit stop in Cape Horn was not a necessity but rather a very clever strategical decision based on having 3rd place assured and a weather window to exploit.
- Groupama, notwithstanding of an excellent management of the boat during leg 5 to see misfortune hit them with a broken mast, has sailed on her own means to Brazil without structural problems.

So, while we focus in understanding why there have been so many problems with the rigs, I’d beg not to generalize and avoid putting in the same basket the good work and brilliance of some engineers with that of others which are clearly not the same.