John Fitzgerald Kennedy and his yachts: a passion deeply ingrained in him

“I really don't know why it is that all of us are so committed to the sea, except I think it is because in addition to the fact that the sea changes and the light changes, and ships change, it is because we all came from the sea. And it is an interesting biological fact that all of us have, in our veins the exact same percentage of salt in our blood that exists in the ocean, and, therefore, we have salt in our blood, in our sweat, in our tears. We are tied to the ocean. And when we go back to the sea, whether it is to sail or to watch it we are going back from whence we came.”

John Fitzgerald Kennedy’s speech to crew of the defender Weatherly and the Australian challenger Gretel, the day before the first match race of the 1962 America’s Cup.
Newport, Rhode Island  September 14, 1962

JFK had a passion for sea and yachts since his very childhood. Due to the inspiring personality of this president, we wish to introduce the primary yachts he owned and/or sailed.

He had a true passion for his first boat Victura throughout his lifetime. 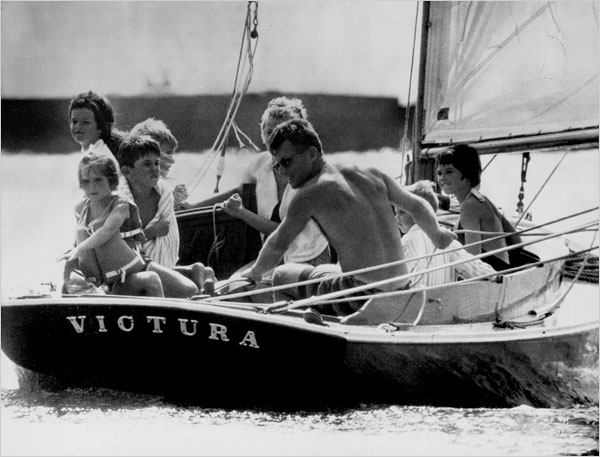 NOTE: for more information about the drawings and plans email to jactag@gmail.com
Publié par Jacques à 11/23/2012 11:21:00 AM Aucun commentaire: