THE TWIN-KEEL, A HUNDRED YEAR-OLD DREAM


In 1891 Dilemma was launched, the first true modern fin keel deserving of this name and with it, Nathanael Greene Herreshoff revolutionised the science of naval architecture.


By demonstrating the design could sail effectively, he freed the creative spirit of numerous designers and within a year his ‘invention’ had spread around the world.

Dilemma also generated some audacious interpretations, which at the time appeared to be dead ends, including the twin-keel (fork or tandem keel). Who could have known that a century later, these very designs would be hidden under the skirts of several America’s Cup Class boats?

Dilemma (1891) was one of the American designer Nathanael Greene Herreshoff’s most brilliant designs, and this is from a man who would model no less than six successful America’s Cup defenders. Dilemma sailed around the world and inspired some audacious copies including the enormous 1893 America’s Cup defender candidates, the 25.90 meter Jubilee and Pilgrim. 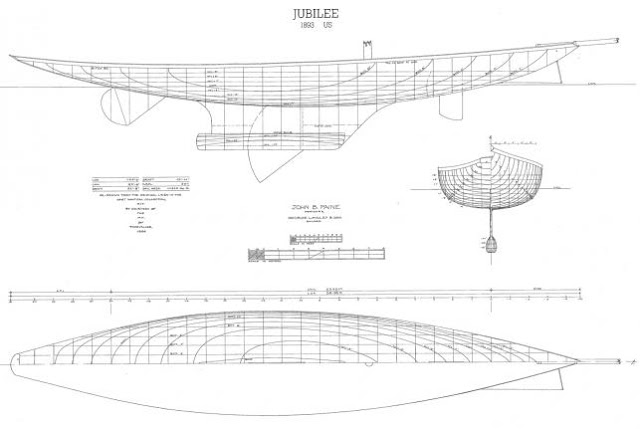 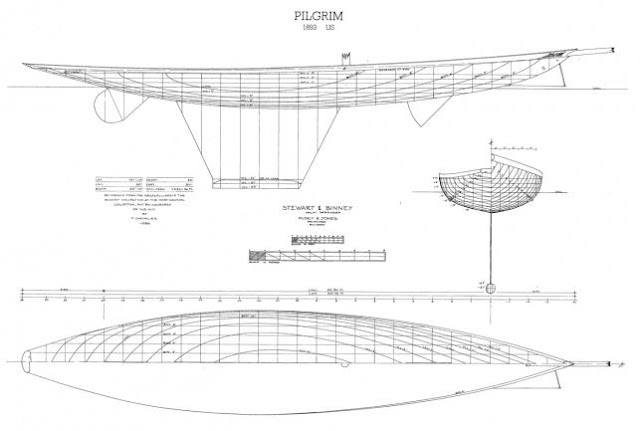 However some particularly imaginative spirits also thought about further developing the fin keel. The English naval architect Linton Chorley Hope (1863-1920) proposed a curious system intended for a small sailboat which would allow for the lead bulb to be raised through two articulated metal fins. This system would allow the sailors to adjust the height of the ballast according to the wind.

Linton Hope suggested even reducing or increasing the width of the fins, but at the time, fluid dynamics was in its infancy, and testing would have to wait. But by 1901 the Scottish naval architect George Lennox Watson would lead the pack when he made the first ‘towing tank’ tests with Sir Thomas Lipton’s America’s Cup challenger, Shamrock II and trialed his models with various heeling and course angles.

Three years after Dilemma, a surprising drawing was published in The Yachtsman magazine, showing a double keel formed by two fixed metal fins ballasted by a lead bulb. A sort of rudder (the ancestor of the trim tab?) was fitted between both fins of the keel. This surprising system was tested on a small dinghy.

The conclusion was interesting: “The boat’s worst point of sailing was her windward work, and she was much improved in this respect“ by the use of this ‘twin-keel’ with adjustable flaps. The boat, also fitted with an aft rudder, pointed very close to the wind and the stronger the wind, the better it performed, according to the authors of the comment that explained the drawings.

Two years later, another drawing was published that elicited fear from observers. The drawing concerned a Sharpie type craft of 13 meter LOA, drawn by Captain Marony. Unfortunately, it would never be built. But most people conclude that this plan is the first twin-keel deserving of the name. Commentators at the time however, were not very enthusiastic.


"We do not mean to commit ourselves by offering any opinion as to her merits, but we would most decidedly hesitate to make a voyage in her from the Solent to the Clyde. We are afraid the crew would require more than the usual emolument if they were required to live on board. It would be very interesting to see such a craft competing with the present types, but, though the cost of construction would be small, we are afraid our wish will not be granted.”


The America’s Cup, as history shows, is a laboratory for many things, and especially, yacht design and naval architecture. It is true that in the case of appendages (the keel, rudder, trim-tab) any changes have been long in coming. A glance at the record shows some remarkable developments, such as those of Jubilee and Pilgrim in 1893, of Intrepid in 1967, Olin J. Stephen’s drawing who created the trim tab and fitted a suspended and separate rudder, and of Australia II in 1983 with which Ben Lexcen dared to build the famous ‘inverted’ and winged keel. More recently there has been US 61 the Gary Mull design that had this twelve meter boat with two rudders, one being fitted just aft of the bow. Tom Blackaller would sail this boat into the semi finals of the 1987 Louis Vuitton Cup in Fremantle. This configuration would be seen again five years later on Nippon JPN-26, skippered by Chris Dickson.

Then, in 1992, with the advent of the America’s Cup Class, imaginations were set free and in San Diego, no less than four competitors were fitted with a tandem or twin-keel with double rudders. The defence candidate Stars and Stripes USA-11 skippered by Dennis Conner, sailed with this before quickly switching to more classical configuration.

One of Japanese challengers, Nippon was also fitted with a twin-keel while Iain Murray’s Spirit of Australia AUS-21 raced during the Louis Vuitton Cup Round Robins with a tandem keel. But the most surprising 1992 America’s Cup Class boat in San Diego was New Zealand NZL-20. Nicknamed the Little Red Skiff, NZL-20 was a Bruce Farr design.


It was drawn up from the very beginning with a twin keel and was fitted with a small bowsprit. It was this small spar that would apparently cause the defeat of the Kiwis, following a protest by the Italians of Il Moro di Venezia ITA-25. On the verge of winning the Louis Vuitton Cup, the New Zealand team was seriously destabilised by the protest, and the Italians advanced to the America’s Cup. But that doesn’t detract from the speed and efficiency demonstrated by the Kiwi boat with its ‘twin-keel’.


Despite the eventual failure of the Kiwis in 1992, in 1995, it seems that the Australians led by John Bertrand tried a similar appendages configuration on oneAustralia AUS-29 or AUS-31. But a structural weakness would prove fatal for AUS-31, which broke up and sank in testing conditions. During the millennium America’s Cup in 2000, only the Swiss boat behAPpy SUI-59 used the curious appendages designed by Peter Van Oosanen, but it proved to be a very difficult boat to sail with an aft rudder ballasted with a lead bulb doubled by a fore-ballasted rudder or canard. Despite its difficulties, the boat showed remarkable speed on occasion. Then, in 2003, the British challenger candidates Wight Lightning GBR-70 and White Magic GBR-78 (Rob Humphrey, Stephen Jones, Tim Corben, Akihiro Kanai and Taro Takabashi designs) also tried the twin keel for a time, but it didn’t prove to be the magic bullet the team was hoping for and the GBR Challenge was eliminated in the quarterfinals of the Louis Vuitton Cup.